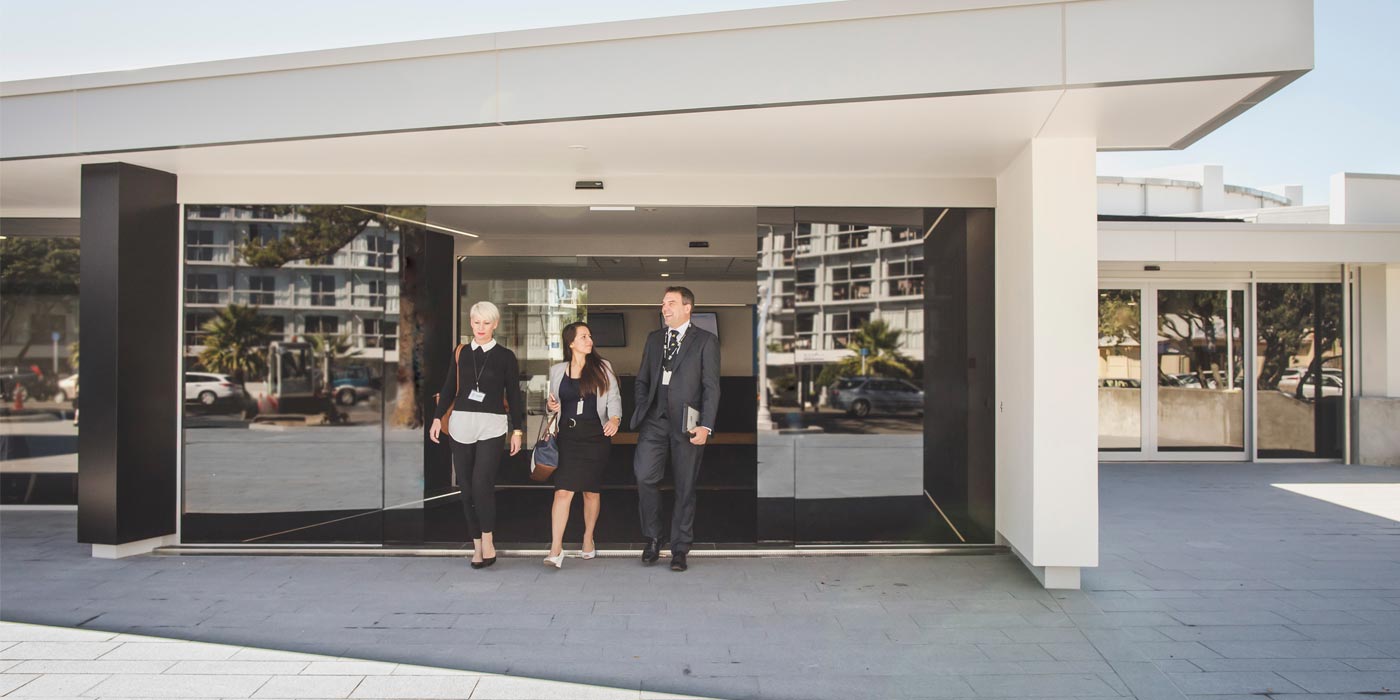 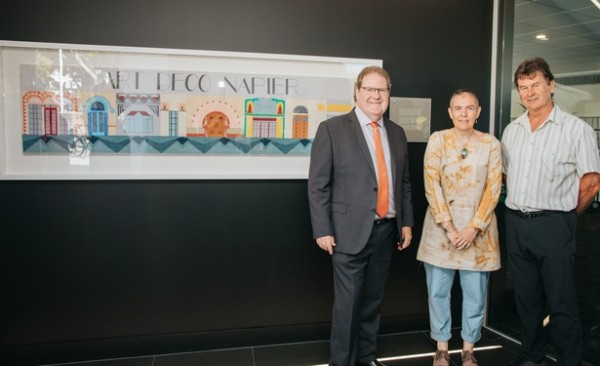 The results of a collaborative project between a renowned professional embroiderer and the public has been gifted to the people of Napier.

The piece, designed by Jo Dixey last year to reflect the city’s Art Deco architecture, is on display in the Napier Conference Centre, Napier War Memorial Centre, on Marine Parade.

The main panels were completed by members of the Hawke’s Bay Embroiderers Guild, while the surrounding design was created as part of the public Stitch project, with national and international visitors along with locals all contributing to the final piece.

The Stitch project, which was based at MTG Hawke’s Bay, was made possible through the generosity of the late Marian Louise Holt. The Holt Trust commissioned the work to be created as part of a public programme.

Jo Dixey trained as a professional embroiderer at the Royal School of Needlework in England in the early 1990s and subsequently studied creative embroidery at the City and Guilds of London Institute. Moving to New Zealand in 2000, and based in Auckland, she has created exhibition work, completed commissions and taught embroidery workshops for more than 20 years.

MTG was delighted to be able to host the creation of the community Stich project, led by Jo Dixey with her considerable expertise, said Laura Vodanovich, MTG Hawke’s Bay Director. “The generosity of people such as Marion Holt in creating a trust that gives back to the community enables projects such as this to happen. Visitors locally and from far afield took the opportunity to add some stitches to this work and we’re delighted that the Napier Conference Centre has placed it on long term display.”